IndieGOGO Update: You Guys Rocked Our World! Here’s Our Spending Break Down

The IndieGOGO campaign ended last week, June 9th….. and you guys blew us away! We raised $2,165 in 15 days and it’s because of your support that we’re headed into the Sound of Music studio July 15, 16, and 17, and touring Virginia, North Carolina, and Maryland later this summer. 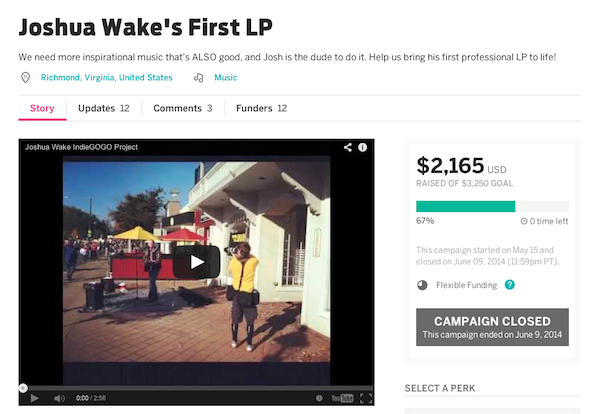 Since we weren’t sure we’d meet our goal, we made contingency plans for every possible scenario. We planned to spend 75 percent of the funds on Josh’s time in the recording studio and 25 percent marketing and touring investments (equipment, t-shirts, banners, etc). That meant if we were fully funded, we’d have $2,250 for the studio (4.5 days) and $750 for marketing and touring materials. 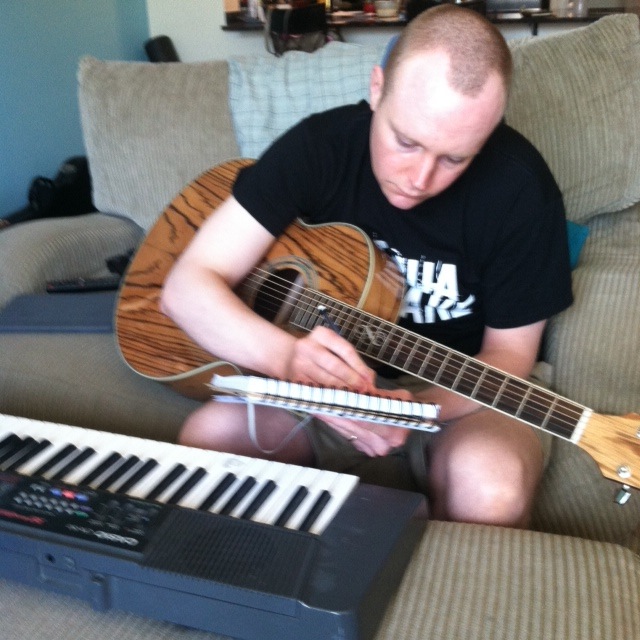 What does that mean for the music?

We knew from the beginning that how much studio time we were able to get would decide the length and musicality of the LP we record. So once we knew the final numbers, we had a long discussion about the purpose of the album, what fans get from the live shows, and what Josh would like for the future of the band.

The decision (that we’re so excited about!!) is to release a full album of Josh’s live acoustic set. Rather than 3 songs with all the instruments (vocals, guitar, bass, and drums), which takes a lot of time to record and mix, Josh will use this recording time to make a full-length album of 8-12 songs with his signature live, acoustic sound. That means we’ll be able to record more quickly and offer fans a take-home version of his amazing live set.

Get ready for more photos, updates, and behind-the-scenes magic in the coming weeks. And thank you!

If you missed the IndieGOGO promotion but would like to get in on it, we set up a “Pay What You Will” donation page here: http://www.JoshuaWake.com/Sponsor. All the perks are still available! 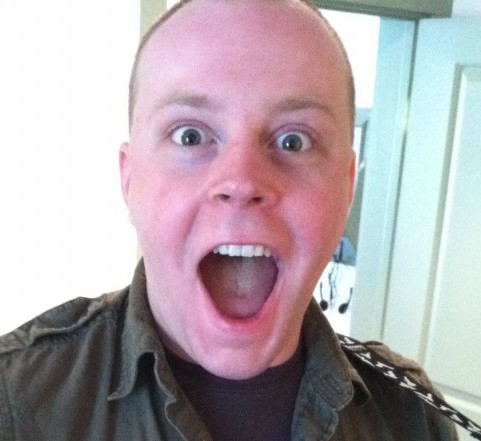